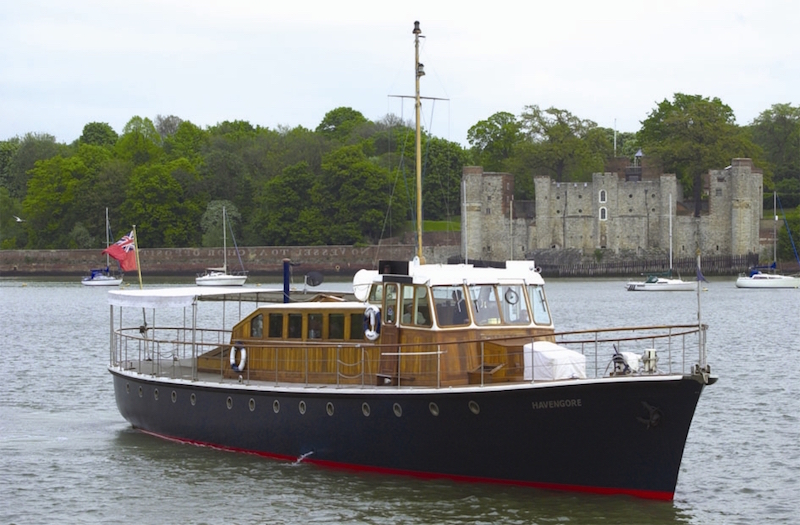 What a wonderful day out on the prestigious Havengore vessel which led the procession for Armistice Day on the 11th day of the 11th month, on the River Thames!. Flanked by the Gloriana and to the sound of bagpipes, the brass band and the cornet’s Last Post, we joined the musicians, crew and guests in a remembrance service on board to remember the day the armistice was signed between the Allies of World War I and Germany at Compiègne, France, for the cessation of hostilities on the Western Front of World War I. 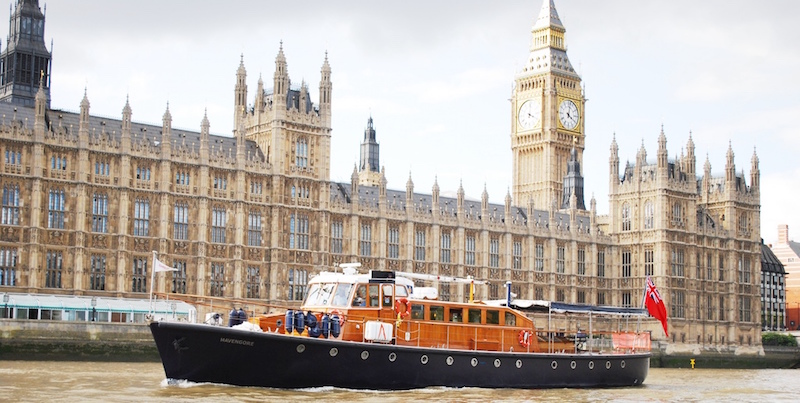 Having built four bench stools for the central cabin, it was a privilege to be invited and of course to see them in situ. Our client chose an elegant ivory velveteen fabric for a “bordered” look piped in a soft wool from the Scottish Company, Isle Mill, and the stools were custom built to provide versatile seating. The Havengore is moored at St Katherine’s Docks and leads the Armistice Day river procession each year. It carried Sir Winston Churchill’s body down the Thames to his final resting place in 1965 and has been engaged in many key ceremonial and royal events over the years.